The Origin of the World’s First Computer Bug

A computer bug or a software bug is a flaw or fault found in a computer's hardware system or program. As a result, the computer stops functioning correctly and may behave abnormally.

So here’s the story of how the world’s first bug was discovered and a brief history of the term "computer bug" in detail.

What Is a Computer Bug?

A bug is a glitch in a computer’s program that causes it to fail or operate in an unintended or unanticipated way. Essentially, computer bugs are errors in computer programming.

These errors include everything from a cursor that is not moving to complete system crashes. They can also crash the full computer programs and system failures.

Computer bugs arise from errors in the code or from defects in the logic of a program's execution. Bugs in software are generally created accidentally by programmers during the source code development process. Since many applications have thousands of lines of code, it can be remarkably difficult to find all bugs in a program.

The world’s 1st computer bug was found in 1947. However, to one’s surprise, it wasn’t a computer bug. It was actually a moth that had been stuck in Harvard Mark II computer’s relays, and hence, it caused the computer to act inappropriately.

Who Found the First Computer Bug?

Grace Brewster Murray Hopper found the first software bug. She found the moth causing technical errors in the Harvard Mark II, which is known to be one of the first computers. Theoretically, this wasn't the first time that this term was used, but it was the first that a bug was found in the computer.

When the computer was opened to check the problem, Hopper and her colleagues found a moth stuck in the computer’s relay, which was why errors were being discovered in the computer. They then removed the bug from the relay, and Hopper then posted this incident of “debugging “ the computer in the diary she maintained. Ever since then, the term computer bug is used to describe an error or fault in the computer.

What Inspired the Term "Computer Bug"?

A bug was used to define mechanical faults long before computers were discovered. However, the actual first use of this term isn't confirmed. Regardless of the word’s origin, it became prevalent in the mid-1800s, and it further started getting commonly used in engineering.

Engineers often used it in the 1800s, and it then started getting used commonly. To one’s surprise, debug is also a term that came into existence long before computers did.

What Was the First "Computer Bug" Called?

In 1947, the first computer bug was discovered, which wasn't an internal bug but was actually an actual moth that led to unanticipated issues inside the computer's hardware.

This moth was found by Grace Hopper when she was trying to find out the reason behind the errors in the computer's program. While opening the computer with her team, she found out that a moth was trapped in the computer's relay. Surprised and shocked to see a moth, they then had to debug the computer to release the trapped moth. Not to mention, Hopper then taped this moth in her diary.

Which insect is the computer bug?

What is a computer bug?

A computer bug is a term you refer to when you want to explain that your computer is facing issues or is failing to complete a task due to an unknown reason. A bug leads to an incorrect result and leads your computer to behave unexpectedly.

What was the first computer bug?

The first computer bug was a moth that Grace Hopper and her team found. The moth got stuck in the relay of their computer and was causing the computer's program to work correctly.

Why is it called a computer bug?

The word "bug" was used by Grace Hopper in her diary, where she referred to the moth as a bug. As this bug was found in the computer, the term caught on and is now used to define errors or faults found in our computers. 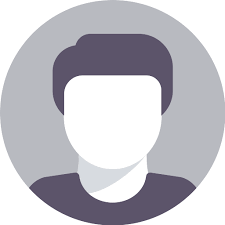